What Is Sexual Harassment?

Vermont’s law defines sexual harassment as unwelcome sexual advances, requests for sexual favors, and other verbal or physical conduct of a sexual nature when 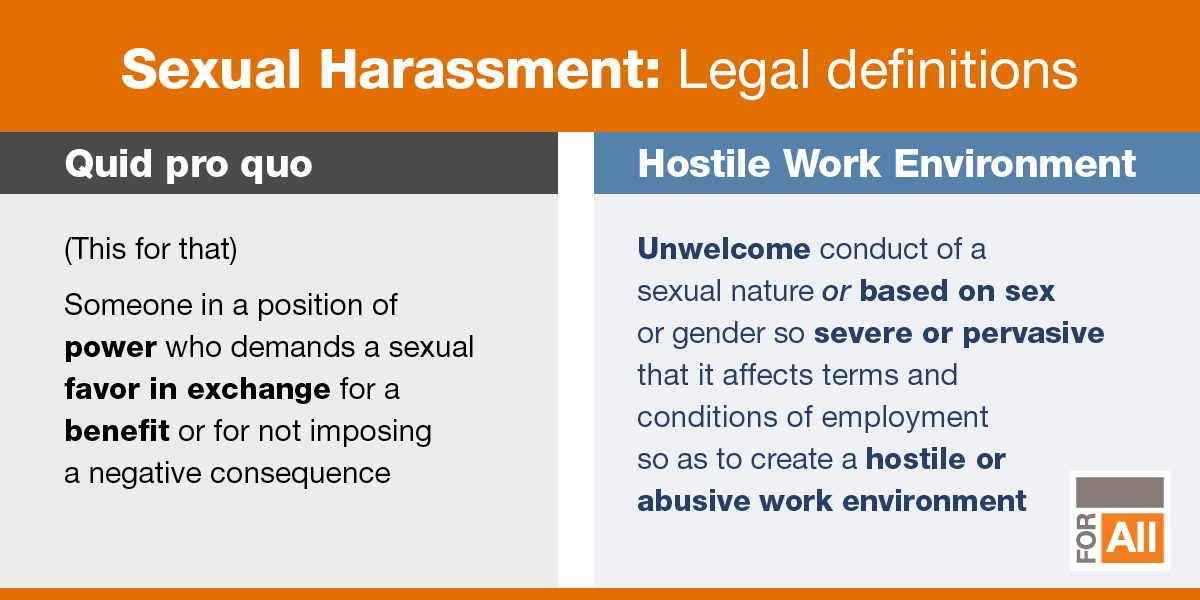 Unlawful sexual harassment can take one of two forms - either quid pro quo harassment, or a hostile work environment.

A hostile work environment is usually a situation that develops over time, after frequent or repeated instances of sexual or sex-based conduct occur, and they prevent someone from being able to do their job. However, a single serious incident, such as workplace sexual assault, can be so “severe or pervasive” that it creates an unlawful hostile work environment.

Our Workplaces for All Addressing Sexual Harassment in the Workplace Guidebook provides in depth information and resources on thisp topic.