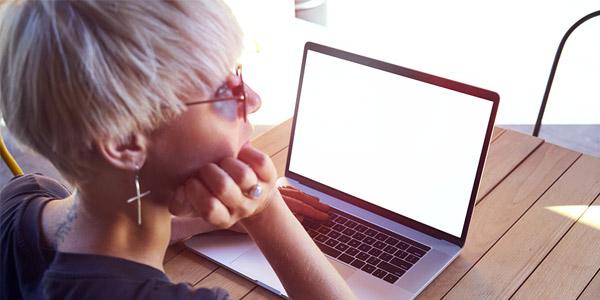 Vermont’s Fair Employment Practices Act prohibits discrimination or harassment on the bases of sexual orientation and gender identity. Under federal law this form of discrimination falls under Title VII protections against sex discrimination.

It is illegal for employers to discriminate against people in any aspect of employment due to their gender identity or sexual orientation. This includes hiring, pay, job assignments, promotions, layoff, training, fringe benefits, firing, and any other term or condition of employment.

Some employees in Vermont choose not to identify openly as LGBTQIA+ in their workplace, and this is a matter of personal choice. All workers, including LGBTQIA+ workers who are not open about their sexual orientation or gender identity, are protected from workplace discrimination.

An LGBTQIA+ person may or may not identify with any of the follow labels: lesbian, gay, bisexual, transgender, queer, questioning, intersex, asexual, pansexual, nonbinary, or another term.

The term “sexual orientation” refers to a person’s physical, romantic, emotional, and/or other form of attraction to others, and can include heterosexual, bisexual, lesbian, gay, and queer, as well as asexual, pansexual, and others.

“Gender Identity” means a person’s internal sense of being a man, a woman, neither of these, both, or other gender(s).

The terms “Transgender” and “trans” are both umbrella terms for people whose gender identity differs from the sex they were assigned at birth. Trans people can be heterosexual, bisexual, lesbian, gay, asexual, pansexual, queer, etc.

The term non-binary refers to individuals who identify outside of the gender spectrum, and/or do not conform to the gender binary (male or female).

Gender identity and sexual orientation overlap, and one identity does not necessarily correspond with another. The term transgender is not indicative of sexual orientation, hormonal makeup, physical anatomy, or how one is perceived in daily life. For example, a trans woman who is primarily attracted to other women might identify as lesbian.

Before making assumptions about a person’s gender identity or sexual orientation, it is crucial to ask questions and use the pronouns and language shared with you by the other person. For more information about respectful terminology, visit Outright Vermont’s Terms and Definitions Page, from which we have drawn much of the above content about LGBTQIA+ inclusive language.

Resources on sexual orientation and gender identity and workplace discrimination

More resources for understanding discrimination based on sexual orientation and gender identity:

There are many Vermont-based groups working for greater visibility and equity for the LGBTQIA+ community. Visit the VCW’s LGBTQ+ Resources Page