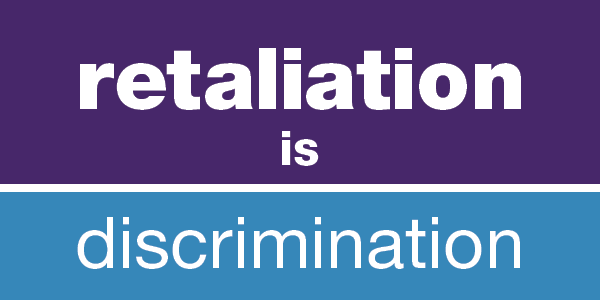 Anyone involved in discrimination complaints and investigations should be free to make complaints, participate in interviews, oppose a claim, and provide information to investigators or public agencies without fear of reprisal by their employer. Despite prohibitions against employer retaliation, a significant portion of discrimination claims filed with public enforcement agencies each year include a retaliation claim.

The Vermont Fair Employment Practices Act (FEPA) prohibits employers from discharging or discriminating against any employee because the employee:

However, FEPA also provides that these protections do not shield employees from being discharged by their employer for “good cause shown.”

Federal laws enforced by the Equal Employment Opportunity Commission (EEOC) also prohibit punishing job applicants or employees for asserting their rights under employment anti-discrimination laws.  Asserting these rights is called "protected activity," and it can take many forms. “Protected activity” can include:

Depending on the facts, if an employee has engaged in protected activity, an employer could commit unlawful retaliation if it then: