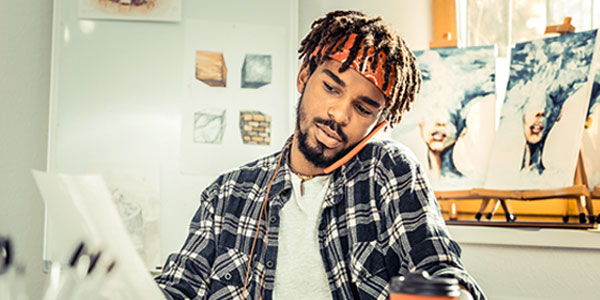 The Vermont Fair Employment Practices Act prohibits employers from intentional or unintentional discrimination against anyone on the basis of race, color, ancestry, national origin, or place of birth. This applies to all aspects of employment including hiring, pay, job assignments, promotions, layoff, training, fringe benefits, firing, and any other term or condition of employment.

When personal prejudices, unconscious biases, and cultural stereotypes about racial and ethnic minorities impact our workplaces and the decisions that are made by employers, this can lead to unfair and discriminatory working conditions and diminished opportunities.

Harassment based on race, color, national origin, ancestry, or place of birth

In Vermont, where a high percentage of the workforce is white, people of color and ethnic minorities often experience workplace harassment in the form of microaggressions.

A microaggression is a term defined by Merriam Webster dictionary as “a comment or action that subtly and often unconsciously or unintentionally expresses a prejudiced attitude toward a member of a marginalized group (such as a racial minority).” For many, experiencing even a single microaggression in the workplace can lead to a sense of exclusion or inequality. When microaggressions frequently occur unchecked and uninterrupted, even if they are unintentional, they can create an unlawful hostile work environment.

Microaggressions may be perceived by the deliverer as an innocent question or comment that didn’t mean to cause harm. However, regardless of intent, the impact of microaggressions can instill a feeling of otherness, or being an outcast, towards the receiver. While microaggressions may appear small in the day-to-day, or in the break room, they are a reflection of larger prejudicial attitudes. In turn, these comments can promote workplace racism, xenophobia (dislike of or prejudice against people from other countries), and a greater allowance for discriminatory behavior.

Here are some examples of racial microaggressions and/or harassment experienced by people of color and ethnic minorities:

Resources on discrimination based on race, color, national origin, ancestry, or place of birth

Resources for understanding discrimination based on race, color, national origin, ancestry, or place of birth:

There are many Vermont-based agencies and organizations working for social and racial equity. These may be a resource to Vermonters seeking support in dealing with workplace racism or xenophobia. See the Vermont Commission on Women’s Resource Page for Racial and Ethnic Minority Issues.